The Kansas Department of Health and Environment (KDHE) regulates and monitors the operation of the Wastewater Treatment Plant. In 2000, the Plant fully treated 1.14 billion gallons of wastewater. Construction is nearly completed on a new Effluent Disinfection Facility which uses 400 submerged ultraviolet lights to provide disinfection of treated wastewater. In August of 2000, a passive effluent re-aeration structure went into service to add oxygen to the water during discharge. Recently, the Plant added a new sanitary wastewater pumping station and replaced six power transformers, power line switchgear and several power distribution panels. These kinds of repairs are necessary to meet the stringent permit and discharge requirements of the KDHE.

The Emporia Wastewater Treatment Plant treats over 1.5 billion gallons of wastewater each year, averaging about 4 million gallons per day. Over 95% of the solid and dissolved organic pollutants are removed from the wastewater, and the level of ammonia in the wastewater is reduced to almost zero, before the water is discharged to the Cottonwood River. In early 2001 the plant will start disinfecting its discharge to reduce the level of possibly harmful bacteria entering the river.

Two large controlled biological systems convert pollutants into masses of microbes which are destroyed by other masses of microbes. At the end of these processes, a damp soil-like material is produced which is applied to agricultural land as a fertilizer and soil conditioner. The plant produces over 9 million pounds of this material each year.

A population of 26,000 people, with all of their industrial, commercial, and residential wastewater discharges, gives the plant a solids and organic pollutant loading equal to just the residential discharge of 48,000 people.

Per capita wastewater discharge to the plant is 150 gallons per person per day.

Per capita residual solids production is about 1 pound of land-applied solids per person per day.

Treatment cost in 1999 was about 45 cents per thousand gallons.

A much smaller and simpler treatment plant was built on the plant site in 1922, with upgrades in 1940, 1957, 1958, 1963, 1976, 1977, 1983, and 1990. In 1999, Carrothers Construction Company began work on a new plant discharge disinfection facility which will use hundreds of submerged ultraviolet light bulbs to kill germs, an aeration structure at the river to maintain needed levels of dissolved oxygen in the discharge, and several other upgrades of equipment throughout the plant. This project was designed by the consulting engineering firm of Black and Veatch, which designed the original plant and all of the previous upgrades except those in 1940 and 1990. Another major upgrade of the plant will begin in 2002 with the solids processing facilities expanded to more effectively process present amounts of solids as well as from expected gradual increases in population and industrial discharges.

The plant is staffed around the clock, seven days a week. A staff of 8 people operates and maintains the plant with occasional assistance from other divisions of the Public Works Department. In cooperation with the Sewer Maintenance Division, the plant also monitors 15 sanitary sewer pumping stations located throughout the city and initiates responses to any malfunctions at any time.

All plant treatment processes are monitored by the in-house Emporia Municipal Wastewater Laboratory, which also monitors the wastewater discharges of eight major industries in Emporia as part of the Industrial Pretreatment Program. 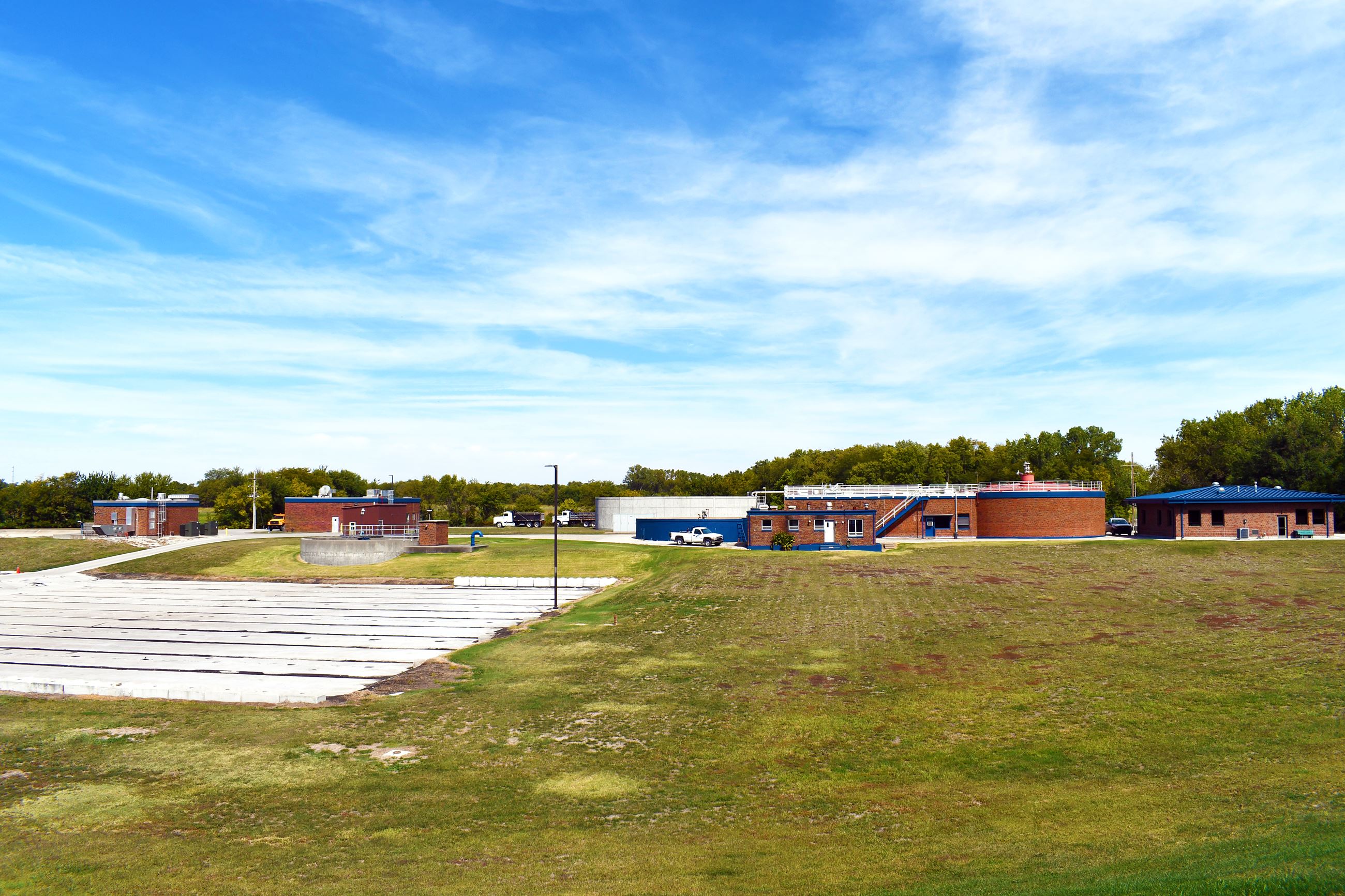